"I am Peace" is GPUH's initiative to bring on board the people from all walks of life, races, religions and nations who have one common goal: achieve peace and unity across the globe.

Under this initiative, GPUH will run different campaigns and reach to as many people as possible to encourage them to become one of the ambassador of peace at GPUH. The key concept is that every single human being is in itself a reason of either peace or conflict and if one pledges to be peaceful, the objective is achieved automatically.

GPUH will design multiple campaigns and in a variety of modes to make a maximum impact of this initiative. We though believe that every single human being is as important as any other and we all are citizens of this world but in order to get our message across to billions around the world, our prime focus would be on those who are influential in some way.

Here are some methods we would be encouraging people to become part of this great initiative.

GPUH will arrange organised virtual social networking opportunities from like minded people across the globe and invite to become part of this imitative.

GPUH will arrange meetings with the most influential people in local and international communities and invite them in person to become an ambassador of peace at GPUH and endorse our "I am Peace" campaigns.

Let's make an impact, not an impression. Join our "I am Peace" initiative and become part of this peacebuilding effort worldwide. 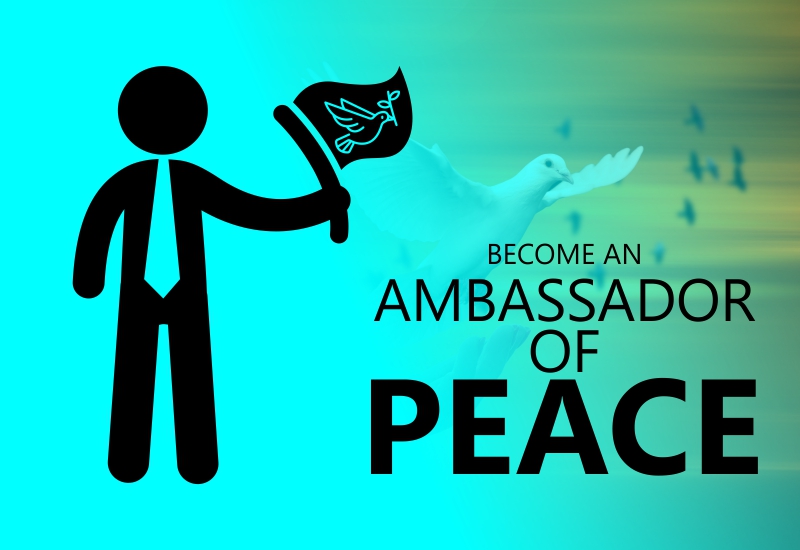 Calling to become ambassadors of peace

GPUH has launched a campaign under its "I am Peace" initiative. The purpose of the campaign is to take on board distinguished individuals, selected from the fields of economics, business, politics, so...